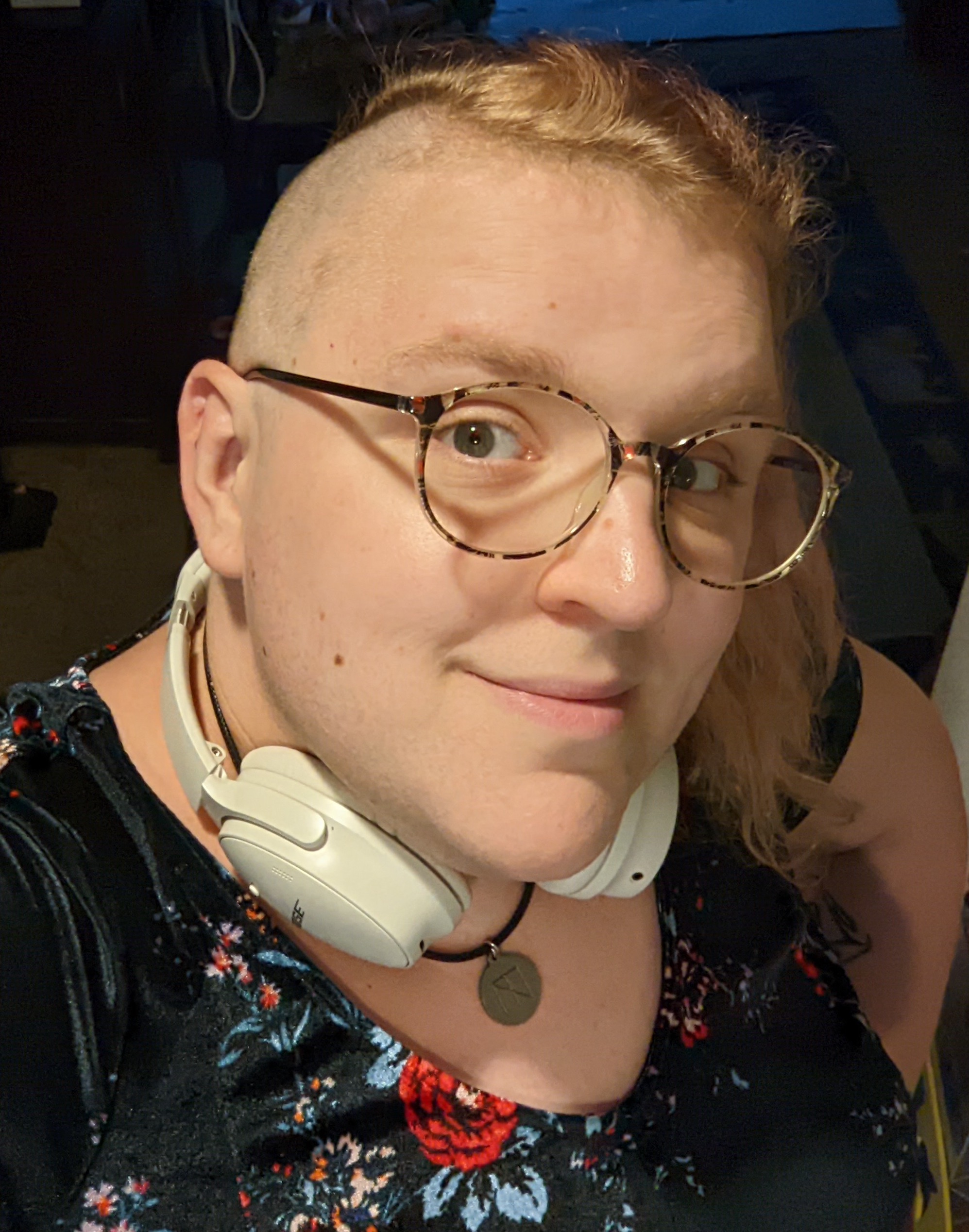 I am a passionate geek. I am a parent of two amazing kids. I was born and raised in the San Francisco Bay Area. I am the owner of two cats. I describe myself as non-binary, transfeminine, and use They/Them or She/Her pronouns.

I used to define who I was by the work I produced. I’m working on that. I love board games, I have quite a large collection. Really gaming of all kinds. I adore storytelling in all forms, and I am an avid reader. I seek out meditative activities, such as cooking. I enjoy listening to my favorite music as well as creating my own.

I work at Microsoft as a Senior Software Engineer, and I love my work. I get to play with cutting-edge technology and solve problems no one has ever solved before. I co-founded Yobonja, an independent game studio, right after graduating college. We created the hit game Blast Monkeys, which was the number one app on Android for 6+ months during 2011. Now I do game development in my spare time with my solo company PlayPerro, focusing on experimental gameplay. I strongly believe games, and more broadly interactive software, are an art form.

I am also accomplished public speaker and have spoken in front of thousands of audiences. I have presented at major game industry conferences such as the Game Developers Conference (GDC), PAX Dev, PAX East, IndieCade East, and many dozens of different Tech Conferences, Meetups and Code Camps all over the US.